These were the artists who drew attention to themselves with a strange show in Coaraze, a small village surrounded by hills and olive trees in the Alpes-Maritimes department. The unconventional hanging of canvases without stretchers in the streets for this exhibition was followed in the south of France by a dozen or so shows in the open air. The radical Viallat went so far as to hang paintings back to front in Céret. One of those works is still there in the museum. A number of canvases were shown in different exhibitions in the Templon Gallery. One might also recall that Ben, an artist from Nice, hung a small industrial canvas back to front, in 1972. Joan Xandri encountered this desire to insist upon the physical reality of the support and the materiality of the surface, when he became a student at the Ecole des Beaux Arts in Toulouse in 1971.

Several decades later, the Andorran artist has not forgotten the lesson of Claude Viallat , and it is in the context of affirmation of that principle that he has constructed the installation to be shown at the Venice Biennale. Of course, for him painting is first and foremost a personal experience and he is not one of those artists who set out to change the world. As he does not believe in gratuitous provocation, the gallery remains for him the ideal receptacle for works of art because it offers an irreplaceable atmosphere of intimacy. Where form is concerned, if Supports/Surfaces helped him in his reflection, he feels himself very close also to the neo-expressionists and to the mysticism of Tapiès.

Joan Xandri, the painter, attacks his surfaces in accordance with his intimate sensations and with ways that seem to unmake and reorganize themselves in the shifting and hazy webs of the material. With a palette limited to essential and recurrent tones-blacks, whites, reds, softening greens and blues-he adjusts instinctively a regulated abundance of antagonistic forces, by coats and under-coats, blisters and craters. We begin to realize that this champion of reality develops a vocabulary of modified, unstable materials.

He invites us here to contemplate a bestiary about which any narrative seems to be impossible. Where can he have met and seen these creatures that he describes with his characteristic style? Perhaps in that Andorran nature which constitutes the basis of his culture, but which he restores to us in an unreality so richly suggestive and enchanting that it attains a sort of semantic autonomy. The enigma-for there is one in each painting-leaves the field open to a contemplation no less richly marvellous. Evoked, suggested, sometimes only implied, the subject appears as if endowed with a physical and peremptory presence. As memorialist of a world that is familiar yet utterly strange in its presentation, Joan Xandri continues to elaborate his rituals in his quest for the truth, of humanity and of painting. And he always seeks this truth in the natural world, where he feels truly at home with the animals, which might almost replace human beings.

But his present concerns have led him in another direction, to a second way of looking that he wishes to share with the public. For that purpose he has worked out a strategy and a very precise technical plan. Some twenty paintings are arranged like the long prow of a ship, placed standing on the ground and overlapping, often upside down, hiding parts of the adjacent pieces. The whole constitutes a giant puzzle that takes shape in a corner of the room reserved for this purpose. Canvases on stretchers and in frames have always been the normal way paintings are exhibited. They thus bear an important, even essential cultural charge. In grouping them together, on the ground, the artist reinforces the idea of abstruseness, of a wall or barrier, of resistance or obstruction of the visibility of the work. But the visitor will also perceive cracks or fissures through which he may glimpse paintings. Whereas the painter normally seeks a coherent vision in the space determined by the surface and dimensions of the canvas, the post-modern artist multiplies views that are partial, fragmentary, even absurd.

Recollection of the performances of Supports/Surfaces shows through here in the evident desire of the artist to engage in dialogue with the public while preserving his privacy. To take paintings down from the picture rails is to take away their traditional aura, but it is also to show them in another mode; thus it is also a provocation, in the sense that it demonstrates a desire to deconsecrate the art of painting.

But showing the reverse side of a painting may also plunge the visitor into perplexity, until he realizes that the painter wants him to pose the question of privacy and its limits in the globalized world of today, that privacy that is so cruelly flouted and shattered by the unbridled power of the social networks-Internet, Facebook, Google, and all the tools of data communication. Under the tyranny of a gigantic digital memory imposed by the soft vertical power of the huge internet firms, where amnesia is de facto impossible because all data are stored somewhere, the perimeter of privacy of billions of individuals has disappeared. The control over our private lives has taken on a degree of efficiency and amplitude never before equalled in human history. And even if a certain unease is beginning to be felt in the face of the near-impossibility both of a "right to forget" and of the permanent erasure of private data, the very idea that that might somehow change has become a mirage.

It is to this reflection on the limits to which one must go today to safeguard his or her privacy, even his or her soul, to which the Andorran artist, Joan Xandri invites us. In doing so, he leads us into an elsewhere, a strange space where the observer embarks, through his imagination, upon a second way of seeing, one whose source lies in the artist's installation, which voluntarily scrambles the traditional codes of painting. 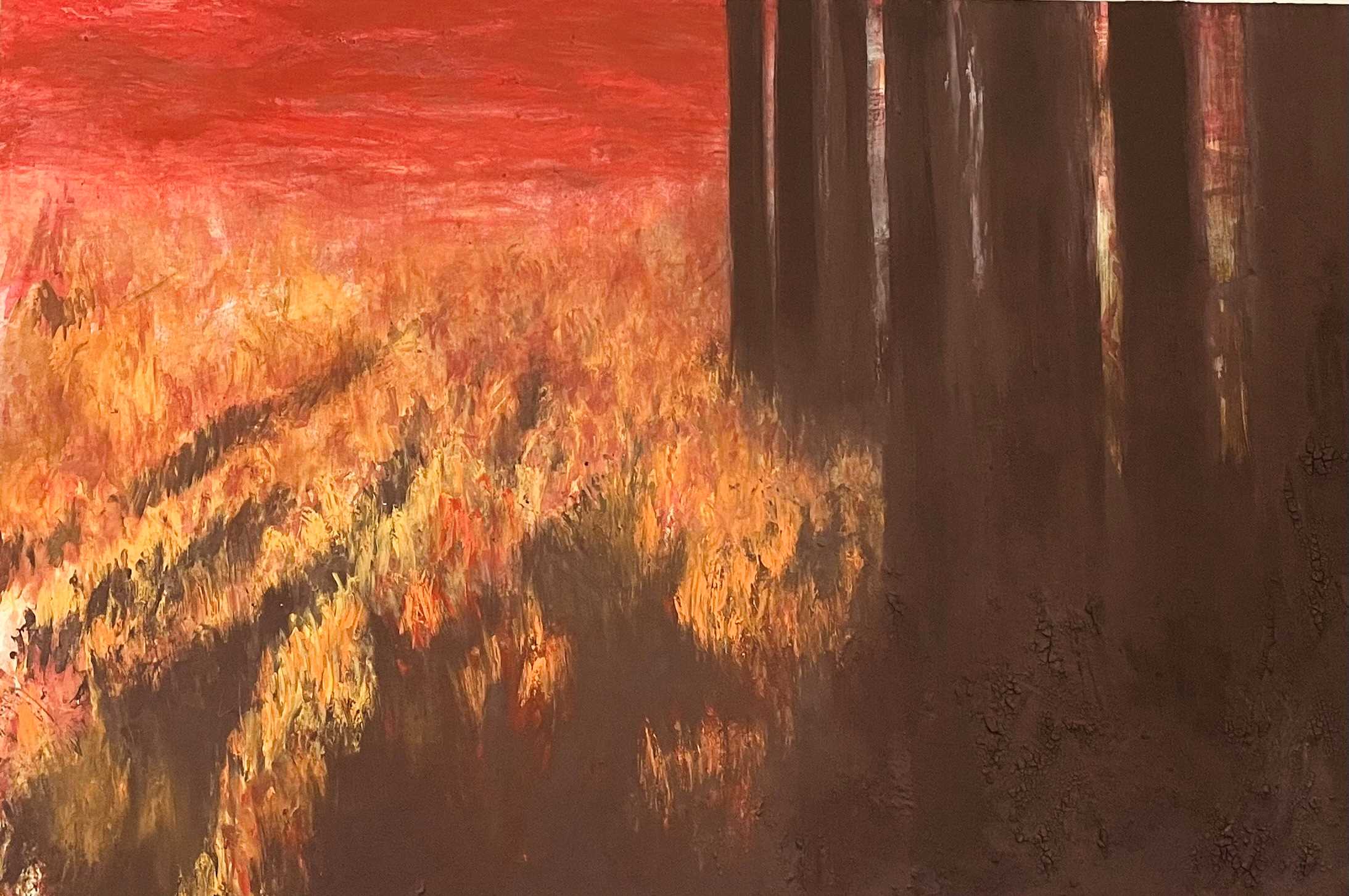 Joan Xandri was ten years old when members of Supports/Surfacesmade a sensational entrance into the art world, shattering the very notion of image and opening the way to a particularly contemporary aesthetic advance. Artists from Nice and Montpellier-Vincent Bioulès, Louis Cane, Daniel Dezeuze, Patrick Saytour, Claude Viallat-with their exhibition at the museum of Le Havre in 1969, La Peinture en question, announced their intentions clearly, with paintings that «refer only to themselves».